One of the hardest thing while learning Rails is to put your Rails application online on the internet so the public can access it. Many tutorials usually recommends Heroku as it is really simple to use, but the downside is that it can get expensive pretty fast, and their free plan has limitation that cold starts your dyno on inactivity and 10k rows limit for database (to force you to buy their paid plan, they need to pay server bills too).

Rails deployment can be hard if you have no prior sysadmin / devops experience, as you are setting up a server from scratch, and bound to came across issue like sudo permission, where to place files, what file to edit, cryptic error messages etc.

Chris Oliver has written an excellent guide for how to setup server and deploying Rails app, I have refered to this a lot when setting up server for my own side project and clients’ app, and almost every time I setup a server following the guide, I would encounter at least one issue, either due to typo or some misconfigurations on my side.

Wouldn’t it be great if there is a way to automate the Rails server provisioning? Like if I just run one command and it will setup everything for me? No more typo or misconfiguration issue and checking StackOverflow every time you want to deploy an app.

This has lead me into learning Ansible, which does the automation of the Rails server setup. This post will guide you on how to provision a server and deploy a Rails app using a preset Ansible script I wrote (it’s the exact same as what you can achieve using GoRails’ guide, but this time it is automated).

After you make changes on the Rails app, commit or merge to master branch, then type cap production deploy to deploy the new changes, like how you click the “deploy” button in Heroku.

Before proceeding with this tutorial, make sure you

This tutorial will require you to create a Ubuntu 20.04 LTS server with your SSH key preconfigured later on.

Ansible is the automation tool we will be using to provision our server, let’s install it.

If you are using Mac, you can install it with homebrew (easiest) : brew install ansible

or if you don’t have homebrew installed, you can install using pip :

check if pip is installed using which pip , if it is not installed :

If you are using Linux, refer to your distro guide here : https://docs.ansible.com/ansible/latest/installation_guide/intro_installation.html#installing-ansible-on-ubuntu

Once you have installed Ansible, move to the next step.

I am using DigitalOcean as my VPS provider, you can use other VPS provider for this step as well.

Before creating a server, make sure you have your computer public key uploaded to the VPS provider. If you haven’t, in DigitalOcean, go to Settings -> Security -> SSH Key, then select “Add SSH Key” : 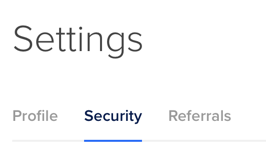 In your terminal, type nano ~/.ssh/id_rsa.pub , then copy the content inside and paste into the form input and submit.

Next, proceed to create a droplet (server).

Select ‘Ubuntu 20.04’, as the ansible script I wrote for this tutorial is designed for Ubuntu. You can try use other Ubuntu version but I have only tested it on Ubuntu 20. 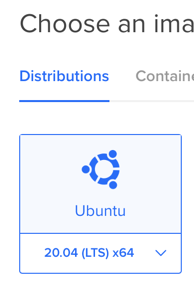 Select at least 1GB RAM for the server, as you will need quite some memory during Ruby compilation (compile Ruby source code to binary). 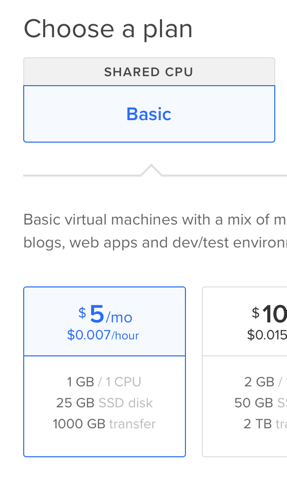 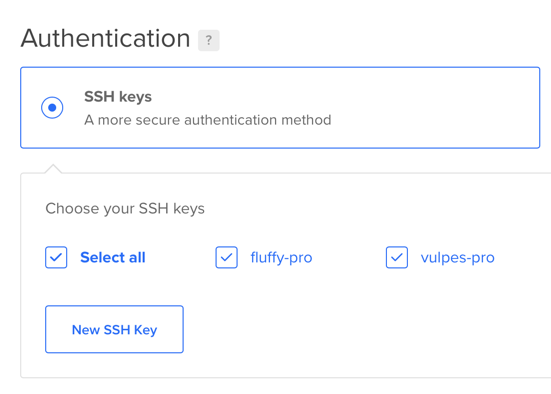 Now proceed to create the droplet (server), and record down the IP address of the server.

Clone this repository (https://github.com/cupnoodle/rails-ansible), which contains the Ansible script I wrote to automate your rails server setup.

then change directory to the repository :

This repository contains two playbook file (think playbook like a sequence of automated task sent to your server). The server-provision.yml playbook will be responsible for :

We will use this to setup the server.

Before running the server provisioning script, there’s a few variables I want you to change to suit your server needs.

Open up vars/vars.yml, you will see a few variables specified in the YAML file.

Change the value of these variables to suit your needs.

ruby_version: the ruby version that will be installed on your server

deploy_user: the username of the user that will be created on the server, which will be used for deploying purpose

postgresql_db_name: the database name, usually you would use (app_name)_production for this

For the postgresql_version and locales, usually you won’t need to change this unless you have specific need.

Next, open up vars/env.yml, these are your environment variables. Please note that you must change the RAILS_MASTER_KEY and SECRET_KEY_BASE value to match your Rails app value, else you will get error when running the app on the server.

DATABASE_HOST: the host of your database, as this ansible script will install the PostgreSQL database in the same server as the web server (and also app server), this should be localhost unless you are using RDS or some other remotely hosted database.

DATABASE_NAME: the database name, we are using the value of the variable which we have defined in the vars.yml file earlier, no need to change this unless you are using RDS or some other remotely hosted database.

DATABASE_USERNAME: the database username, we are using the value of the variable which we have defined in the vars.yml file earlier, no need to change this unless you are using RDS or some other remotely hosted database.

DATABASE_PASSWORD: the database username, we are using the value of the variable which we have defined in the vars.yml file earlier, no need to change this unless you are using RDS or some other remotely hosted database.

RAILS_MASTER_KEY: master key of your Rails app, please change this to the content of your Rails’s app master.key file. 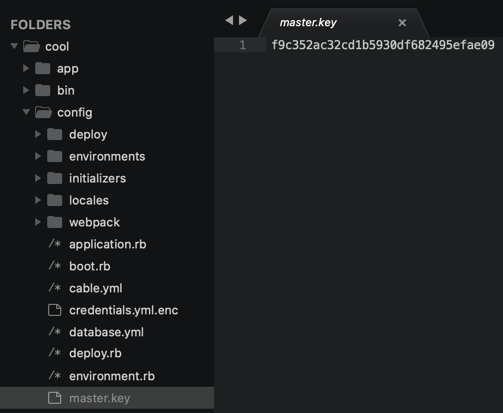 SECRET_KEY_BASE: the secret key used by your Rails app, please change this to your Rails app ‘s secret key base value. You can get this value by opening terminal, navigate to your rails app directory, and run EDITOR=nano rails credentials:edit

You can add additional environment variables in this file (envs.yml) as required, eg:

After making changes to the vars.yml and env.yml files (remember to save), open the hosts.ini file.

Change the IP address below the line [web] to your newly created server IP address :

Alright now that we have finished the configuration, we can run the automated provisioning script now.

Navigate your terminal to the rails-ansible folder if you haven’t already :

This will run the server provisioning tasks, type “yes” and press enter if it ask “Are you sure you want to continue connecting”.

This process will take around ~20 mins, as it will take 15mins for compiling Ruby from source code (using rbenv install).

After the provisioning task is complete, then run :

This will update the environment variable on the server.

At this point your server has completed setup, yay! 🥳 But if you visit your server’s IP on web browser now, you will get a “404 not found” error message, this is because we haven’t deploy our Rails app to the server yet, which we will do in the next section.

Preparing your Rails app for deployment

For deployment, we will be using the capistrano gem and some add-ons. Capistrano will SSH to the server (using the deploy user we created earlier), git clone the repository, then run deployment task such as rake db:migrate, rake assets:precompile , restarting the server, etc.

Install these gems by running :

Then install Capistrano to your Rails app using :

production is one of the stages. On big commercial project, usually there’s multiple stages like QA, staging, production, each stage has different server and configuration, and you can choose which stage to deploy to, if you have multiple server / stage, you can install it cap install STAGES=qa,staging,production .

After installing capistrano, it will generates a few files : This generates several files for us:

Next, open config/deploy.rb , and modify it to look like this :

Remember to save and commit the changes, and push to your remote Git repository.

Now we have finish preparing the Rails app for deployment, we are going to learn how to deploy in the next section.

Deploy your Rails app with Capistrano

Navigate to your Rails app in the terminal if you haven’t already, then run

That’s it! Once you run this command, your computer will SSH into the server, then the server will git clone the repository onto the server, and run rake db:migrate, rake assets:precompile, restart passenger (and restart sidekiq if you have uncommented) etc, once it is done, you can go to your server URL and view the deployed Rails app! 🚀

Next time when you want to deploy new feature or changes, just commit your changes and push to remote, then run cap production deploy again!

Let’s say you have integrated Stripe payment recently and want to add the API key into environment variable. You can open up the ansible script repository (rails-ansible), modify the vars/envs.yml file to add your new Stripe API key :

Then open Terminal, navigate to the ansible script folder

then run the server-env.yml playbook again :

If you stumble into an error page on your app, you can check the log at these locations in your server :

If you would like to do rails:console on your production server, you can do so by navigating to your Rails app folder in your local computer, then run cap production rails:console.

You can reuse this ansible script for setting up another server, just change vars.yml, envs.yml and the hosts.ini files to suit your new server use.

Essentially Ansible automates your manual command like “sudo apt-get install” into a repeatable script. I recommend the book Ansible for Devops by Jeff Geerling if you are interested on learning Ansible.